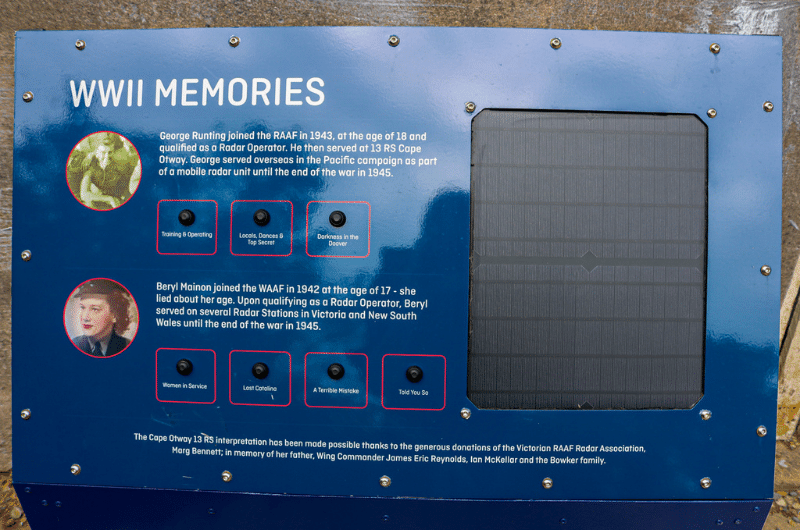 Cape Otway Lightstation has been shortlisted for the 2020 Victorian Community History Awards!

The awards celebrate and recognise contributions made by Victorians who are preserving the state’s rich and diverse history and we are delighted that our WWII Memories community history project has been included in this years shortlist.

Final award winners will be announced online in October as part of History Month. 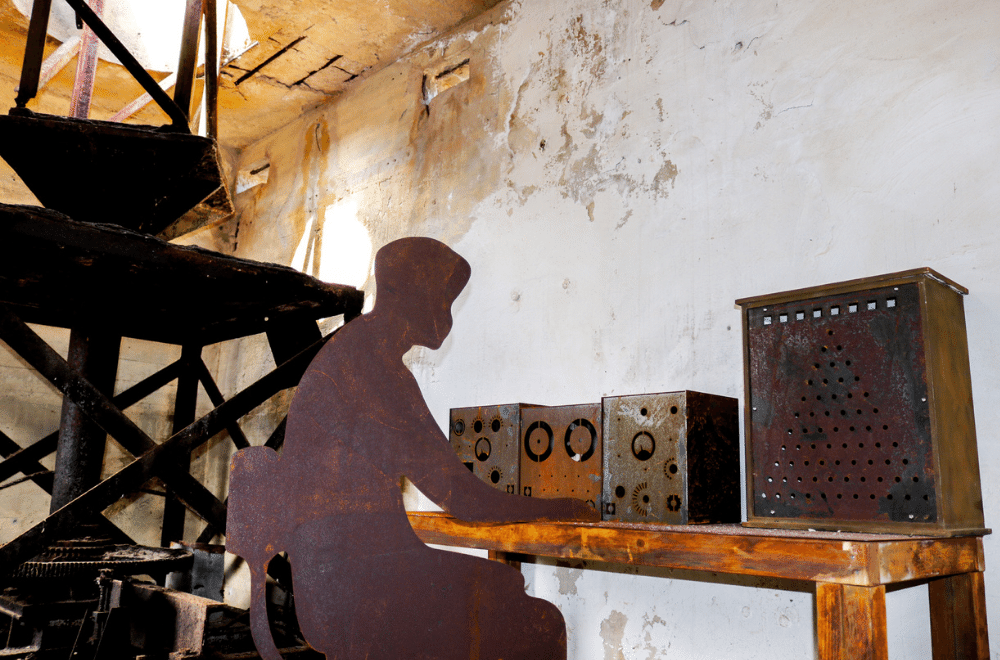 Our community history project ‘WWII Memories’  is an audio visual interpretation project that marries Corten steel silhouettes with voices of Victorian WWII Radar veterans as they recall their secret war; unknown to contemporary audiences.
Housed within the WWII Radar Station at Cape Otway Lightstation, the project is a collaboration between the Lightstation & RAAFA Radar Veterans Association and features an audio panel with excerpts from WWII Veterans George Runting and Beryl Mainon as they describe their experience of their secret war.

The history of WWII RAAF Radar has been a relatively unknown “secret story” due to its top-secret WWII status, which was effectively continued post-WWII by RAAF Radar Veterans who had committed to its secrecy status. This has resulted in very little formal historical recording of WWII RAAF Radar.

VRAAFRA WWII Veteran Members have been committed to creating, recording and preserving for future generations, an historical understanding of WWII RAAF Radar and its critical role in defending Australia and winning the war in the South West Pacific. The relatively few surviving WWII Radar Veterans, together with other VRAAFRA Members continue that commitment today and have donated to this Tourism Great Ocean Road project at Cape Otway Lightstation.

The significance of this project can be seen in the fact that outside of the Australian War Memorial’s static display of WWII RAAF Ground Radar equipment in Canberra, the Cape Otway Interpretive Exhibition, based at the purpose built and still standing 13RS Radar Operations Building, is the only other exhibition recording WWII RAAF Radar history. The inclusion of WWII veterans’ audio recollections of Radar Station activities is also significant in providing a personal balance to that secret historical WWII RAAF Radar Story.

Beryl Mainon joined the WAAF in 1942 at the age of 17 – she lied about her age. Upon qualifying as a Radar Operator, Beryl served on several Radar Stations in Victoria and New South Wales until the end of the war in 1945.

George Runting joined the RAAF in 1943, at the age of 18 and qualified as a Radar Operator. He then served at 13 RS Cape Otway. George served overseas in the Pacific campaign as part of a mobile radar unit until the end of the war in 1945.
Find out more about our new WW11 Radar Station Exhibit
Shares