World War Two exploded into Australian waters on November 7, 1940, when the British steamer Cambridge hit a mine off Wilsons Promontory in Eastern Victoria.

Less than 24 hours later the US merchant ship City of Rayville was torn apart six miles off Cape Otway. Both ships were destroyed. Each wreck claimed a life.

Australians suddenly had a real sense of being at war with Nazi Germany – the war was no longer a remote event in Europe.

Both ships fell victim to mines laid by the Passat, a vessel that slipped 40 mines into waters off Cape Otway. Ultimately, the actions of mine-laying German surface raiders, Japanese submarines and aircraft claimed 41 allied ships in Australian waters.

Most attacks took place between 1942-44 when Japanese submarines prowled the eastern and northern seaboards. By day they hid at sea beyond the continental shelf in deep water and approached the coast by night or in rough weather.

The most tragic loss on the eastern coast was the torpedoing of the hospital ship AHS Centaur on May 14, 1943, with the loss of 268 lives.

The greatest loss occurred off Geraldton, Western Australia, on November 19, 1941, when a battle between the German raider Kormoran and the light cruiser HMASSydney resulted in the loss of all its 645 Australian naval seaman. The wreck of the Sydney, Australia’s worst shipping disaster, was discovered 66 years later in March 2008.

The Royal Australian Air Force built a radar station at Cape Otway Lightstation in 1942 to keep watch for the enemy.

Under a veil of secrecy No. 13 Radar Station was built at Cape Otway in 1942 – its operators were the “Eyes of the Fighter Sector”. Their prime purpose – the detection and interception of the enemy.

In 1939 the Australian Government believed Australia was not under threat of invasion, but there was a need to prepare for “sporadic raids”. Their plan was to use 1930s British radar technology. The recent introduction of radiolocation was possibly the greatest scientific change to warfare in 200 years.

In theory it was the most superior method of detecting enemy positions, could be used in any weather, was virtually invisible, could detect small objects up to 150 miles away and accurately plot their locations.

In practise it took operators, working from a Doover (Australian slang for an operative radar set), dedication and ingenuity to get results.

At their peak there were 124 separate RAAF radar units in operation in mainland Australia and the Pacific Islands, and No. 13 was one of four in Bass Strait – the others were at Wilsons Promontory, Metung and Gabo Island.

Data collected from these stations was sent by wireless telegraphy to the top-secret Air Defence Headquarters at 7FS Preston, Melbourne. Cape Otway, the first radar station on the southern coast, transmitted its ‘secret’ information to Headquarters by a ‘party line’ telephone shared with Otways farmers.

Information was plotted on the main operations board so aircraft could be dispatched to investigate or engage unidentified or hostile aircraft, ships or submarines.

During No.13 Radar Station’s four years of operation there were up to 50 RAAF personnel stationed at Cape Otway. 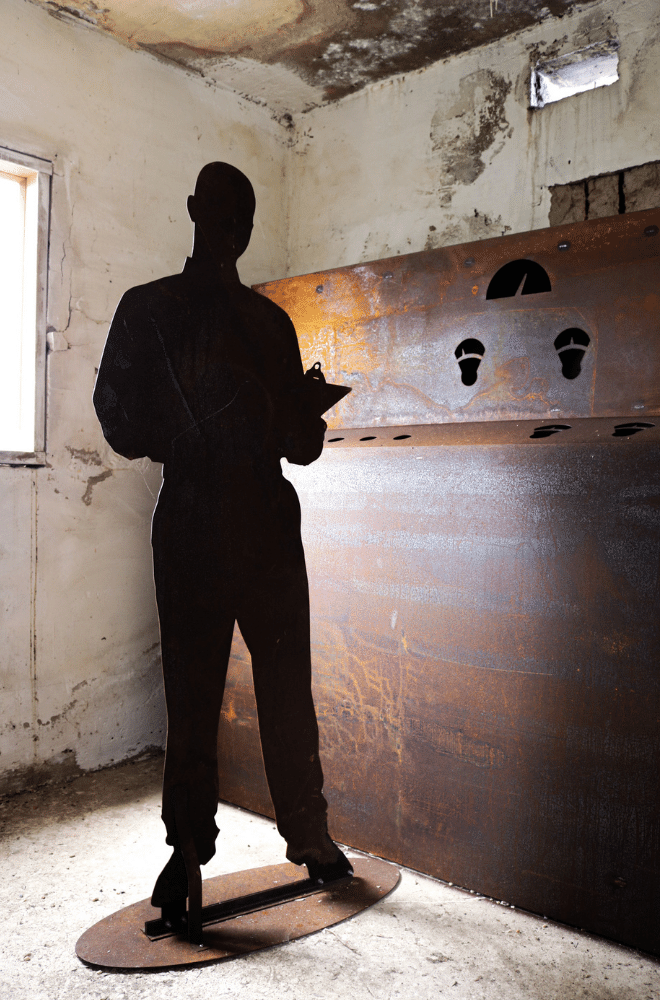 Long before Darwin attack our coast was a battleground. The Age – 4th April, 2009.

Find out more about our new WW11 Exhibit

Buy tickets online and SAVE!

Explore our range of tickets available for purchase online through our website.