The development of the telegraph network in Victoria and Australia, in 1854, was revolutionary in terms of communications.

The telegraph network meant information could be distributed widely and immediately, in a short time. Until the arrival of the telegraph relaying messages was entirely dependent on the speed of a human, bird, ship or train.

It could take months for a message of a birth, death, or a request for help in the case of an emergency, to get through.

At Cape Otway the pressure to improve communications grew exponentially along with the the number of ships making landfall at the Cape.

An overland telegraph line had been built between Melbourne and Geelong by 1854, and the Tasmanian Government soon agreed to the commercial advantages of laying a communications submarine cable between the two colonies, via King Island.

The Cape’s Telegraph Station was built in 1859 and housed operators, their families and the telegraph operations rooms.

The submarine cable failed within six months of the station opening. Soon the grand Italian villa-style house was turned into a Lloyd’s Signal Station – responsible for telegraphing to Melbourne the details of all vessels passing Cape Otway.

The Telegraph Station has been refurbished and houses the story of the station and its people.

Mary Anne Bedford, arriving on the Champion of the Seas in 1864, wrote:

“A most beautiful morning. We were awakened about 4 o’clock by the shouting of land. It was Cape Otway about 100 miles from Melbourne and there is a lighthouse on it. We had a head wind or we should have been there in a few hours. As it is we have been rocking about all day and they have turned the vessel around eight or nine times today to keep us off the land. They have gone very close to it and we could see the lighthouse. Our captain put up many flags. They put up theirs and they let us know that the Anglesea had landed on Sunday the 13th … They telegraphed from here to Melbourne to let them know of our arrival. They would hear from us in four minutes from the time they telegraphed Melbourne.” 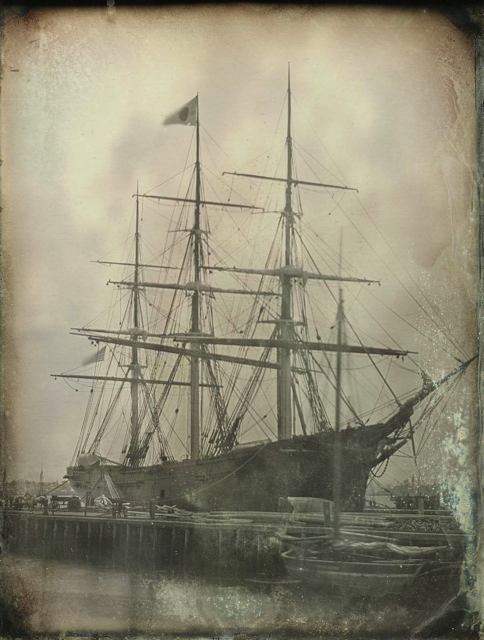